Photography is simply a tool. 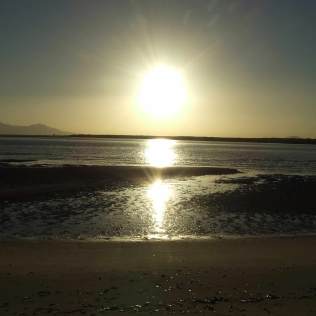 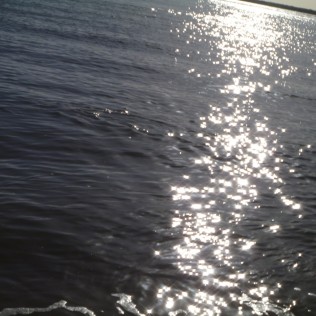 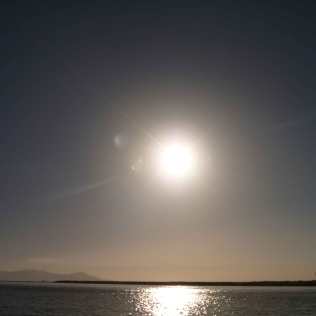 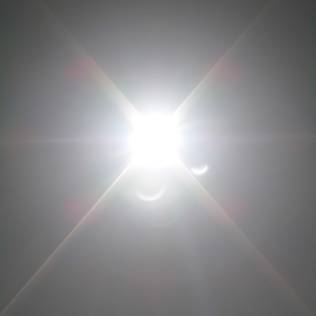 Strange effect captured from photographing straight into the sun.

In November 2012, thousands flocked to far north Queensland from all over the world to view the full eclipse. In Townsville, we knew there’d only be a partial eclipse, but still some of us thought this event important enough to rise earlier than normal.

When I drove down to our nearest beach, I had expected there would be a crowd and parking would be difficult to find. I was pleasantly surprised, however, to find that I was one of only about 20 people who chose to view the partial eclipse from South Townsville beach.

It was a beautiful morning and I walked along the beach toward the new Ross River Bridge, which was yet to be opened. Out in the mouth of the river, pelicans floated serenely along, as if they too had come to view the eclipse. In contrast to the dark green band of mangroves on the opposite bank, Sandy Cape was a distance, hazy strip of pale violet.

I didn’t have any special glasses, only ordinary polarised sunglasses, so I took most of my photos by pointing the camera in the general direction of the sun and snapping. Because, the effect of light is one of the primary motivations in much of my visual art, I was not overly concerned about composition. I happily shot picture after picture, capturing flares, new moons, and sunlight forming a sparkling path toward me across the water, and I wasn’t disappointed by the result.

As the light waned into the equivalent of a late afternoon, it seemed that a hush fell over the land — despite the cement trucks rumbling across the bridge to pour concrete into construction at the other end. Only two drivers paused to consider the marvel.

My eyes were feeling the strain from catching glimpses of the sun, so I occasionally put the camera down and either shut them or looked to the west and listened to the, mostly human, sounds of the morning.

On my way back along the beach, I stopped to gaze in lurid fascination at the glistening sea. My attention had been snagged by small black fins and circling water trails cutting through the shallows close to shore. I tracked to and fro, shooting continually, in an endeavour to capture yet another scene that for me is only occasionally glimpsed. It wasn’t until I got home five hours later, after visiting the city CBD and then a suburban shopping centre, that I knew I had succeeded in locking in another memory, which otherwise may have slipped into the timestream and floated gently away.

I did manage to get a picture of part of my morning’s entertainment on the beach (look for the black triangle cutting the water on the left). I estimate these sharks were about a metre long. By the time I returned home, an hour later, my eyes felt so sore, I was reminded of the times in my youth when I’d spent hours swimming in a chlorinated pool in the heat and brightness of full summer. Aware I had taken a foolish risk of damaging my eyes, I was pleased when I read in the newspaper the following day that those who had burned their retina looking at the eclipse would have a dark spot in the centre of their vision. Thankfully, although my eyes were still a little uncomfortable, my vision was unimpaired.

Lynn is a visual artist and writer with over 35 years experience. She has a Master in Creative Arts degree from James Cook University.
View all posts by Lynn →
This entry was posted in Journal and tagged eclipse, photography, shark fin, Townsville. Bookmark the permalink.

1 Response to Photography is simply a tool.